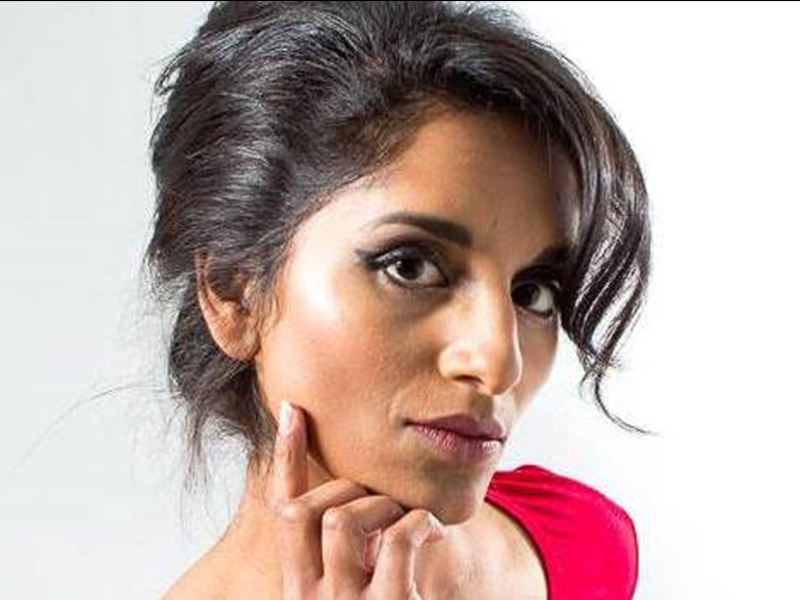 Written by actress Shyam Bhatt (Nice 2 Meet U) and produced by actress Ceri Bethan (Cavemen), Treya’s Last Dance, takes the audience on a journey through the life, love and cultural struggles of Treya, played by British-born Shyam Bhatt. The one-woman show openly explores LGBT-related issues, feminism and discrimination in a hilarious and poignant way, within the context of the second generation immigrant experience, where the struggle to preserve cultural identity within the midst of change is real and still ongoing.

“I wanted to participate in current, ongoing conversations which are deeply meaningful to me, my family and my friends. Discrimination against homosexuality, feminism and cultural integration are issues which affect us all and need further discussion, and this play explores these themes within a context I am familiar with,” said Shyam

“During Treya’s quest to find a life partner, at a speed-dating evening, she stumbles upon something far more important; the strength to deal with the recent suicide of her homosexual brother.”

Producer Ceri Bethan said. “I’ve always believed in the evocative power of art as a forum to inspire change. As a producer, I’m drawn towards stories that yearn to be told; peeling away the layers of truth to reveal the bare bones from which all humankind is created. I felt this way when I first read Treya’s Last Dance, and believe the depth of social issues it addresses holds important resonance, particularly in the accessible way in which they are communicated.”

All performances for Treya’s Last Dance will benefit Face Forward LA (www.faceforwardla.org ), an organization whose mission is help survivors of violent and disfiguring crimes put their face forward after suffering from domestic abuse.